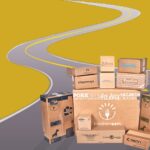 The packaging industry is the fastest growing industry. Environmental concerns and costs are driving this growth in abundance. However, there are many problems faced by the environment due to industrialization, such as pollution, deforestation, etc.

The basic objective of a company engaged in carton box packaging is to create products that meet their customers specific needs. While providing protection to the product from external harm. And also secure the environment from wastage of packaging. There are many packaging available which are eco-friendly like pre roll boxes providing no harm to the environment. It helps the consumers and surroundings that it benefits for domestic purposes rather than providing damage to it.

The major objective of the packaging is to protect a product from external environment and also securing the environment from bad products. Today, there are many environmental hazards caused by industrialization. The main source behind these hazardous pollutants is the chemical use in different industries.

Wasteful packaging is detrimental to our environment in a number of different ways. For example, this wasteful material can be found inside many household products people use every day, such as coffee pods and disposable utensils.

This type of wasteful material tends not only to damage the planet but also human health by releasing harmful chemicals into the air. Even at restaurants, dinner plates or plastic straws of drinks are present instead of paper ones. They only last longer before they become waste themselves.

The following are just seven of the ways that wasteful packaging is effecting our environment badly:

The only solution to this problem is recycling. However, the process of recycling is expensive and time consuming. Which require a lot of employees who have to handle each item by one at a time. Depending on where you live, recycling programs may not even accept certain materials.

We can reduce litter by using less packaging, therefore reducing the cost of fighting against it. With less costs to clean up and recycle our trash, more money is spending on developing recycling schemes. This would ultimately decrease both waste and litter.

Landfills are a major contributor to global warming due to the decomposition process of packaging material. The release of methane and carbon dioxide from landfill sites is harmful for our environment.

Single-use plastic bags are a serious threat to marine life. It is estimated that about 100,000 whales are killed by these traps each year.

However, we can reduce this garbage output without having to resort to recycling or reusing objects as that process is too complex and costly. In order to fix this problem, we must properly dispose of our waste by recycling it into energy

Plastic debris in the ocean can be incredibly harmful to marine life. For example, this plastic waste looks like food jellyfish and other species that float along with currents. They are often unable to distinguish between real prey or fake garbage when they find themselves surrounded by it. Different types of sea creatures either found dead after eating these plastics or still alive. But harmed enough so as not to survive once released from its trap.

When in the water, toxic chemicals are a million times more concentrated than they were on land. The saltwater makes it difficult to decompose the material, which causes the proliferation of bacteria that covers them with algae. The die-off and rotting of these animals cause methane, CO2 and other greenhouse gases which releases into the air.

The concentration of these chemicals is higher in magnitudes than if they were put on land. Because there is so much saltwater surrounding the landfill, bacteria can’t decompose the toxic waste as easily. This leaves dead animals and other organic

While every brand has its custom printing services online, it can provide awareness to people about the misuse of packaging. People always follow digital media, and they can recycle more if it were more accessible, which is why recycling is crucial for the environment. 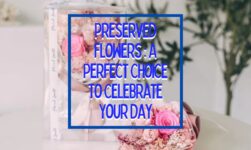 Preserved Flowers : A Perfect Choice To Celebrate Your Day 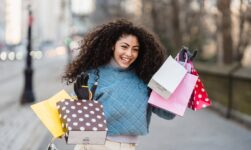 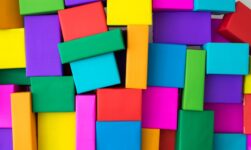 The Most Effective Colors for Packaging Products 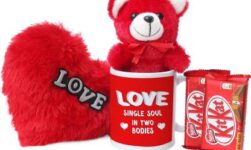 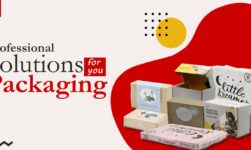 The Revolutionary Impact of Custom Packaging: A Guide for Success