Edible oils are cooking oils extracted from different seeds and nuts. They are used as a medium for cooking in households, hotels, and even street food vendors. Edible oil is a crucial cooking ingredient as they help to retain the natural flavor of the food.

Edible oil is an essential cooking ingredient that helps to retain the natural flavor of the food.

We all know that oil is a crucial part of every meal. But, do you know which edible oil is best for you? Not all oils are created equal, and each has a different health benefit.

The market is flooded with an array of edible oils but which one should you choose? Before choosing the perfect fit edible oil for you, it is important to know about the benefits of different types of edible oils.

Nutrition and culinary experts agree that it is one of the most versatile and healthy oils to cook and eat with olive oil as long as it is extra virgin. Extra virgin olive oil not only contains antioxidants and is rich in vitamins and minerals, but it also has a lower level of saturated fats making it healthier than other cooking oils. Extra virgin olive oil contains monounsaturated fats and some polyunsaturated fatty acids; Many studies have linked it to better heart health. Olive oil has a relatively low smoke point compared to other oils, so it is best for low and medium-heat cooking.

Mustard Oil: This oil has been used for centuries for its healthy properties in cooking. Mustard oil contains low saturated fats as compared to other oils. It is rich in omega-3 fatty acids, minerals, and antioxidants that help in preventing cardiovascular diseases and cancer.

Avocado Oil: Avocado oil helps to lower cholesterol levels, control diabetes, protect against cancer, control blood pressure and promote healthy skin. This organic oil also helps in weight loss when combined with olive oil. It is as crude as extra virgin olive oil, but has a higher smoking point, meaning it can be used for cooking over high heat and is great for frying. It doesn’t have much flavor, which makes it a great choice for cooking. Avocado oil contains both monounsaturated and polyunsaturated fatty acids (cooking oils have the highest monounsaturated fat content) as well as vitamin E.

Sesame Oil: This light yellow colored oil has a high smoke point which makes it ideal for stir-frying, deep-frying and sautéing food

Coconut Oil: Coconut oil is used as a skin moisturizer both internally and externally. It can be applied to sensitive skin directly as it does not have any adverse reaction on the skin.

It helps in losing weight by increasing the metabolism rate of the body and helps burn fat faster.

Depending on who you ask, coconut oil should either be avoided or given in moderation. The main point of contention is its high saturated fat content; Unlike other plant-based oils, coconut oil is predominantly saturated fat. Not everyone agrees that such a concentrated source of saturated fat is unhealthy, but some experts, including the American Heart Association, argue that replacing foods with high levels of saturated fat with healthy alternatives can lower blood cholesterol levels and improve lipids. Profile, However, science has begun to suggest that not all saturated fats are bad for you.

The edible oil industry is one of the most flourishing industries in India. There is an abundant supply of raw materials including the likes of sunflower, corn germ, cottonseed, rapeseed, etc., which make it easier for edible oil brands to carry out their manufacturing operations.

The demand for edible oil has increased over the past few years. And, the reasons are quite obvious. As the awareness regarding health is increasing, people are more conscious about what they eat.

Edible oils are cooking oils extracted from different seeds and nuts. They are used as a medium for cooking in households, hotels, and even street food vendors. Edible oil is a crucial cooking ingredient as they help to retain the natural flavor of the food.

Moreover, it helps to reduce heart disease risk by lowering LDL cholesterol levels when substituted with saturated fats such as butter.

The market of edible oil is growing at an exponential rate due to various factors such as increasing health consciousness among people, the rise in disposable incomes of consumers, etc. Additionally, it is predicted that the global edible oil market will showcase a CAGR of 5% during 2018-2023 (source). 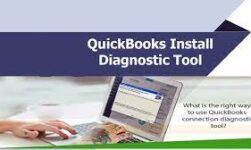 The Most Effective Method to Apply to Nursing College Lahore 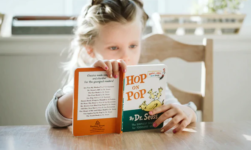