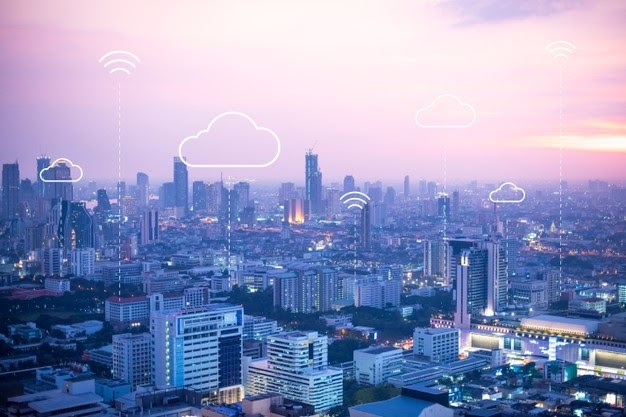 Listening to the progress of IoT sounds fascinating. We all have heard about such things in stories that the world is going to be digitalized and cars will fly, robots will prepare our food in the kitchen and vehicles will be operated without any interference of humans. All these sounds so classy and all these are the blessings of IoT and embedded technology that is running fast in pace. Smart devices designed on IoT are already conquering the world. Humans have to invest little time operating IoT devices that allow them to focus on other tasks. Being a human we always look for a device that reduces our hassle and involvement. Smart homes are not a dream anymore as developers have already made good progress. Automated cars and home appliances are already in the market and IoT developers are working hard to add something new and innovative to it. There are various IoT software development companies available in the market that are working hard to convert all our dream projects into reality. So, if you too have a pending project on IoT then hire dedicated developers to accomplish them with excellence.

IoT enhances the functionality of any product to a great extent that is why so many industries consider IoT as their priority. Also, learning a new programming language is the demand of generations. Generally, people choose to learn new technology and language to grow in their career and acquire a good position in the market and IoT is the best choice for career growth. There are multiple languages that you can learn to develop IoT projects in the coming year. These languages are the first choice of all experienced IoT web developers. So, let’s briefly talk about Top Programming Languages for IoT Development that would be really helpful in creating a dynamic IoT project.

Python is an important development tool for all IoT web developers. There are so many features of Python that are very rare to find and are very cherished by developers. Python is flexible, quick, readable, and allows our professional IoT developers to design data-heavy applications.

Python itself is an amazing language for all types of development projects. Further, it can be clubbed with java and C++ to make powerful web applications. The power of python with java or C++ will work on all sorts of platforms no matter whether it is android, Linux, windows, or iOS.

The C language came into existence in 1972, and the importance of the C language is still the same. When it’s about an IoT project, C Language evidently became the choice of developers. This amazing language has the largest community of frameworks and libraries that make it effortless for developers to do secular coding.

C language is flexible, scalable, compatible with different operating systems, interoperable and has multiple libraries that altogether make it a good choice for IoT project Development. So, if you are new to IoT and want to make attractive projects then you can learn C Language to deal with all hurdles.

JAVA is another amazing language that is widely used in IoT project development. There are multiple unexplored features of JAVA that only a [professional knows. JAVA is the language that allows developers to code on their personal computers and further move it to a chip through the help of the JAVA virtual machine. This is actually an amazing machine that allows reusing the same JAVA codes for different projects and this feature of JAVA makes this a “write once, and run anywhere” language. JAVA codes are versatile and can be used on any lightweight or heavy device.

Though PHPoC is not a famous language among IoT developers, But those who have a little bit knowledge of PHP would always get inclined to learn PHPoC despite other languages. Syntax of PHPoC is similar to PHP hence developers think that it can be easy for them to learn this language for their growth. PHPoC is a hardware-based programming language for IoT and it is loaded with amazing features that PHP fails to provide. It allows developers to do real-time debugging, sensor monitoring, and prebuilt networking abilities that make it a Top Programming Languages for IoT Development.

Swift is a simple, multi-paradigm, compilable, and general-purpose language. IoT developers can create highly productive and commendable IoT projects using Swift language. One more additional feature of Swift language is that it has great interoperability when we use it with Objective-C codes. If anyone wants to design an IoT software to run on both iOS and macOS operating systems then Swift would be their foremost choice.

C# was introduced by Microsoft in the year 2000 and since then it has gained huge popularity among software developers. No matter what is your forte, you must need to know about the basics of C and advance of C#.

C# is an Object-oriented programming language that runs with Java to develop progressive applications. It is basically a combination of multiple languages that give a relatively better throughput than the basic version. So, no wonder why C# is so much in demand in IoT development companies and has been chosen as the Top Programming Languages for IoT Development.

ConclusionThere are many other IoT programming languages that like Ruby, Go, Rust, ParaSail, JavaScript, and LUA that are preferred as popular tools for IoT development. All these languages have unique features and are best at their place. But the above discussed 6 languages are considered as Top Programming Languages for IoT Development. So, if you are interested in learning any new language for career growth in IoT then you can anytime choose to learn the above-listed languages. You can master these languages and conquer the IoT market with some irreplaceable software