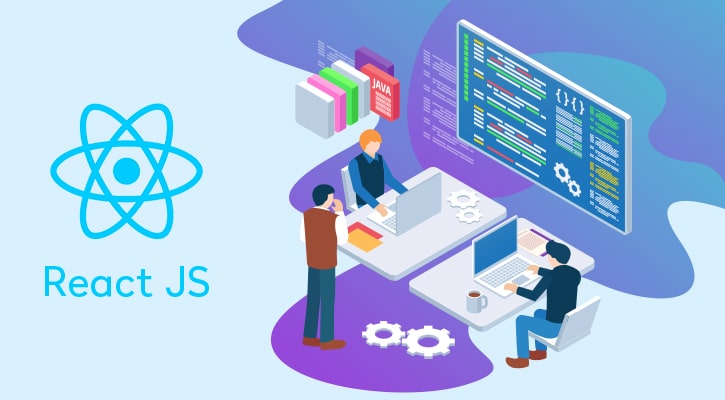 ReactJs was born out of the extreme need of improving the user experience when Facebook started facing issues with code maintenance. Yes, it was developed by a Facebook software developer as an open-source and is maintained by Facebook.

This open-source JavaScript library over time has gained popularity because of its ‘ease to work with’ features. It allows developers to work on specific components rather than the full program and because of this flexibility, ReactJS has become one of the most loved web frameworks after jQuery, as confirmed by Stack Overflow Survey 2020.

Some of the giants like Netflix, Dropbox, Twitter, Yahoo! Mail, Khan Academy, Codeacademy, and many others use ReactJs because of the benefits it brings to the table.

Let’s dive in to know more about what has made ReactJs so popular among developers for front-end development.

ReactJS is used by developers to create user interfaces because it is an efficient, adaptive, and declarative JavaScript library. After being used heavily by Instagram and Facebook UI, ReactJS started gaining popularity in 2014.

React offers a ton of benefits like SEO-friendly web applications, faster performance, and great UI. Let’s have a look at the benefits it brings to the business, in details

One major advantage of using React for front-end development is that it allows you to reuse the components. This saves a lot of time as you don’t have to write a code every time for similar features. You can use individual parts of the application on both the front-end and server-side as well. This boosts the performance and speed of the application.

React also allows you to make changes in individual components without affecting the other parts of the application, eliminating the need to debug the application code frequently. React also has many tools which make coding super easy as well. This saves time for developers to build web apps which further helps in reducing the overall cost of app development.

Being popular among the giants has led React to develop a huge community. The simplicity and ease of use have attracted many developers and with Facebook backing it, the number of developers using React as a primary coding framework has increased a lot.

The robust support of the community makes React a better language for developers. The experts in the community extend their support and help to newbies in learning the technology and its applications. You can also find a number of YouTube tutorials for solving issues while using React, there are in-depth articles, blogs and tutorials for new developers available online.

Another benefit of having a robust community is that no developer will not be stuck on a problem for long as someone must have posted some solution around the problem in the community. So, using ReactJs for front-end development provides you with a lot of support and ready-made solutions to problems that you might encounter during the development process.

You need something more than HTML for working with data when you only receive data from the server. So you can either use JavaScript to generate HTML or use enhanced HTML. Developers can use JavaScript directly to write HTML for front-end development with ReactJS. Now, this allows React to keep a virtual representation of HTML in its memory- the Virtual DOM.

React creates a tree reconciliation process and uses virtual DOM for rendering HTML trees virtually. When the state changes, it creates a new HTML tree with only the difference between the new tree and the previous tree. This makes the process faster as it does not need to update the entries in the whole document. Virtual DOM thus improves the user experience by reducing the loading time.

Every business has recognized the importance of SEO.

React-router and React Helmet are some tools that help in developing SEO-friendly web apps. React router helps in routing a React application and React helmet empowers developers to use HTML metadata in the component header of the web app.

In a two-way data binding model, UI libraries observe change and update the corresponding DOM which makes working with UI confusing and complex. React uses one-way data binding, ensuring that changes in the child component do not affect the parent component. It instead updates the data model. One way data binding makes code stable and easy to debug as these are self-contained components.

React uses JSX for front-end development. Another reason that makes it popular.

React Native for an easy transition to mobile view

React facilitates an easy transition of the web app to a mobile app as the code written in ReactJS is compatible with React Native. It is needless to say that React Native is one of the efficient and fastest mobile app development environments.

It works on the principles of ReactJS and only differs from ReactJS for not using virtual DOM to manipulate DOM. It instead uses the Native view. It helps the developers to easily update the app by just refreshing the viewing page. React Native allows developers to use ReactJS features for building mobile apps.

A good ReactJS development company will help you build React Apps that are SEO friendly and are easily scalable. ReactJs development services are easy to find but it is crucial that you hire a ReactJS developer who understands the dynamics of the development process and the requirements of the application.

Using ReactJS for frontend development will trend this year as well because of highly functional programming features and the constant updates to the React library makes it further useful.