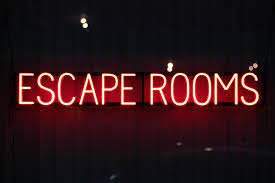 So, let us look at some of the famous escape rooms in the world which are hugely visited by tourists.

Sherlocked – The vault is designed and themed as an actual bank vault. It is situated in Amsterdam, Netherlands. The stunning architecture, designs, tools, equipment, etc., give an enhanced experience in which the players will surely blend it. The whole ambiance will attract the players, and they will have an experience which they never had before.

There are fewer escape rooms that don’t have the scare factor than the ones that have it. This is one of those which doesn’t have it, and this escape room is all about solving puzzles and mysteries. The story is about stealing a precious item from the vault in 90 minutes, and if you and your team are successful in the theft, then you win. This escape room is made on a huge area, and there are plenty of rooms inside it, in which you can move around and solve the puzzle.

Trapology is mostly for those who have a love for suspense thriller plots, located in Boston, Massachusetts. We can choose one from five different escape rooms here. At the same time, the most famous is “Crush Depth,” which can be played by eight players. The concept takes you to a sinking submarine where you and your team have to fight back from the dead sea captain and have to save the sinking submarine.

Trapology is also known for giving the most difficult escape rooms, as none of the rooms here has seen more than a 30% success rate.

Gold Rush is a widely popular escape room located in the United States. It can be played by a team of 2 – 8 players and the time limit is 60 minutes.

The concept is about a treasure of gold that has been in the talks of the people of Northern California for nearly two centuries. It involves a gambler named Clyde Hamilton, who has known to have access to the gold, and due to his many gamble bets with the wrong crowd, he has gone missing. You and your team have got the tip about where the gold is stashed, but you have to find it before the mob does.

The Heist is one of the most famous escape rooms in Las Vegas. The difficulty level of this room is high, and it lets you make a team of 2 – 8 players, the time limit is 60 minutes.

The concept follows the story of an artwork theft, and your team has been given the responsibility to find the thief and the artwork. If you succeed, you can become national superheroes, and hence the stakes are high in this one. But, if your team fails to find the artwork, the authorities will treat you as a criminal.

Located in Los Angeles, the land of Hollywood, The Basement gives you all the thrills which we can see in a Hollywood movie with an ambiance of a Hollywood movie. This escape room is meant to give a chilling experience. You and your team are kidnapped by a serial killer, and you have only 45minutes to escape before it is too late. The Basement is one of the most difficult escape rooms, which has a success rate of only 12.5%.

Ukiyo, which is situated in Melbourne, is one of the unique escape rooms. The concept of this escape room is hugely dependent on the designs and themes of Studio Ghibli movies. A large number of people are attracted to this escape room for its uniqueness. The mystical and mysterious Japanese-style escape room is all you will want to experience.