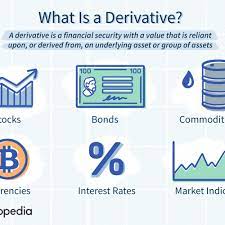 The gradient of a nonlinear curve can change at different places along the axis when the curve is not linear. This makes it very hard to calculate the gradient or slope at any given location. It is necessary to utilize differential equations to compute the gradient of a curve and to determine the instantaneous rates of change from one point to another.

Differential techniques are used to solve various vital concepts, for instance, there is a method of differentiation known as the “chain rule” that is used to distinguish between composite functions.

“The change in a property with respect to a unit change in another property” is another definition used to describe the term derivative. The calculation of instantaneous velocity is one of the applications of differentiation in practical life.

Explicit functions are in the form y =… while explicit functions could be represented as implicit ones. Let’s say that you have y = 2x – 5. 2x – y = 5 is an implicit form of this expression that may be used to write this function.

The derivatives of a function of several variables in which all variables save the variable of interest are maintained constant during the differentiation process, according to the definition are the partial derivatives.

While characterizing the instantaneous pace at which the function changes it also broadens the scope of the partial derivative concept. Mathematically, the directional derivative of a scalar function f(x) = f(x1,x2,…,xn) is defined as a function of the following form:

In certain cases, v is confined to a unit vector however, the vector v is denoted by