Is your kid safe online? Yes, the Internet enhances the ability of children to read, write, know about new stuff online and brings new opportunities, but it can equally bring online troubles to them like name-calling, cyberbullying, teasing online, etc.

Cyberbullying looks like a small matter to parents, but it can hurt a child very much, and it will not hurt them physically but can hurt them mentally.

So do you want to know what parents should do to keep their children safe from these kinds of actions?

So What is Cyberbullying?

Cyberbullying means to hurt someone either by teasing, calling names, or leaking personal information online. It can be more dangerous than face-to-face bullying as the bullies can be anonymous online and may even do bad things than in real life.

Online attacks can be so severe that it even leads to suicides or hurting themselves. In addition, a false rumor or personal information of someone can spread all over the Internet so fast like a wildfire, and there will be no escape for the victim.

As said earlier, Cyberbullying can hurt kids mentally and can even lead to suicide or hurting themselves. So what are some of the effects of Cyberbullying?

Cyberbullying can increase the chances of suicide because the victim may feel hopeless with their lives, and the only way to get rid of the pain is by attempting suicide.

The most common effect which maximum victims suffer is Anxiety and Depression. According to some studies, about 93% of victims suffer from these kinds of problems.

When the kids face cyberbullying, they think about that a lot, leading to anxiety and depression. They lose the emotions of joy, happiness and most of the victims want to be alone most of the time crying or feeling sad.

Cyberbully is mostly done by known persons like school friends or seniors, so the kid who is cyberbullying doesn’t want to go to school to face these kids because they may feel embarrassed and maybe afraid of them.

So it will degrade their academic issues as they will miss most of the classes. And even when they are in the class, they may not concentrate.

The kids who are the victims of cyberbullying want to stay alone and don’t want to share anything with anyone, not even with their parents. They don’t want to attend any events or family gatherings; instead, they want to be alone in their room.

What Should Parents Do To Protect Their Child?

If you need to check on your kids’ online activities, you should get help from different third-party spy apps. Spy apps and Parental apps are specially designed for parents to help them track their kids down.

A spy app like Mobilespy.io can be a good choice as it provides different features for spying like viewing messages and calls logs, multimedia files, tracking kids’ location using GPS, and many more.

With these kinds of apps, you can see if your child is the victim of cyberbullying or even taking part in these kinds of actions, which may bring problems to them later.

In addition, spy software can make your life easy and make your kids’ lives easy as they won’t have any online problems and threats from someone. You can also block inappropriate sites and apps they use, limit their smartphone usage, etc.

2.    Not Taking Cyberbullying Lightly and Talking with Kids

The first thing that parents should do when they know that their kid is a victim of cyberbullying is not to take it lightly. As I said earlier, cyberbullying can hurt kids mentally.

So try to talk with them and show your support to raise their self-confidence. Most kids who are victims of cyberbullying may lose confidence in themselves and cannot face other people.

In addition, when you show support, they may feel confident and fight back against the bullies. You must keep in mind that communication is key to good parenting.

No parents like their child to be bullies, that’s for sure. So when you are sure about the bullies who are hurting your child, you must take action. You may either talk with them directly or talk with their parents.

It will sort things most of the time. You can have meaningful conversations with the bullies and their parents. Also, bullies need to realize that these things can bring consequences.

Most of the bullying happens in school, through school friends or seniors. So talking with the school teacher might help, and parents can work together with teachers to solve these kinds of cases.

Teachers can talk with the bullies and let them know about the consequences they might face. They may also get warned to get suspended or rusticated if similar actions are repeated.

Cyberbullying is considered a crime as it leads to various problems. It is a common thing, but as a parent, you should not take it lightly because it will not hurt your kid for a short time but may hurt them for their whole life.

You should help your kids in this kind of situation as it can be a loophole for them, from which they cannot come out on their own. You may use the tips mentioned above or any other ways, but the most important part is you need to keep your kids safe. 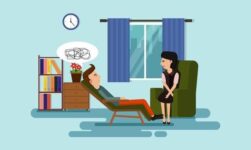