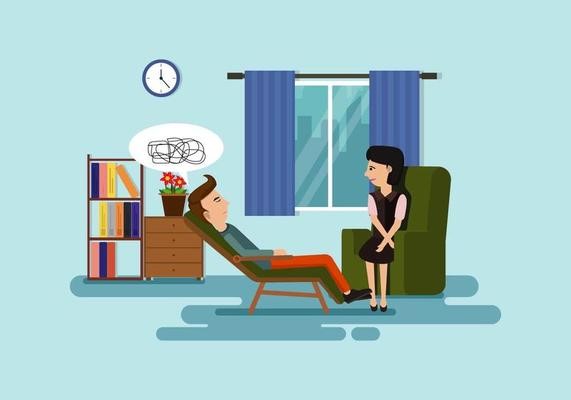 The Humanistic approaches is the third wave in Psychology and the profounder are Carl Rogers and Abraham Maslow. It brought with it a paradigm shift in the way clients were responded to and given treatment in a therapeutic setup. The approach gained worldwide recognition and until today, the therapy is utilized in the treatment of various psychological difficulties such as marital discord, mood changes, anxiety, addiction, etc. The approach focuses on realizing an individual’s actual potential, being one’s true self, and exploring feelings and strengths. The basic premise of humanistic therapy is that people are innately good and are capable of making sound choices. The therapy proposed by the pioneers of Psychology utilizes various principles that are discussed below and is often known as Person Centered Therapy, Client Centered Therapy and/or Humanistic Therapy. Not only in Psychology but the concept of a hierarchy of needs, given by Abraham Maslow is studied and utilized by people belonging to every industry, such as management, business, and philosophy!

An individual having low self-esteem can reap various benefits from humanistic therapy; which are discussed here. First, the therapy requires that a good rapport with the client be formed. The same is achieved by being empathetic and by using unconditional positive regard, two of the most important characteristics of humanistic therapists. Unconditional positive regard is understood as the technique in which the client is accepted for who he/she is, without any conditions attached. People generally face conditional love during their childhood and later it translates into adult life as well. For instance, a child is given love and affection only when he or listens to his/her parent’s instructions or when he/she scores exceedingly well in an examination and so, the child does the activities which please his/her parents. Later in adulthood, this individual would behave and indulge in activities that others approve of, irrespective of whether he/she wishes to do them or not.

An individual with low self-esteem would extremely benefit by being regarded for who he/she is, without any pre-conditions attached. Additionally, humanistic therapy emphasizes being non-judgmental, hence the client benefits by being heard without being looked down upon for his/her actions, beliefs, opinions etc. For instance, the client might have had a poor experience of being judged for his/her thoughts; hence the humanistic space would facilitate him towards letting out his thoughts freely, without being conscious, as he would not be made fun of.

The Humanistic approaches humanistic therapist shows concern for the client and that he is cared for, which thereby, makes the client feel truly accepted. The aforementioned conditions would be utilized keeping in mind that the Humanistic approach focuses on understanding, caring, and emphasizing rather than labeling an individual with a psychological diagnosis, in order to achieve a therapeutic change. A basic tenet of humanistic therapy is that people possess the ability to change and grow, the client is shown immense respect and is appreciated for coming to the therapy session and for beginning the journey towards positive growth Humanistic approaches.

A person with low self-esteem generally tends to have conditional positive regard, however, this appreciation would increase his self-worth. These techniques, when used, provide an individual with the reassurance that he is well understood. In order to foster good self-esteem in the client, humanistic therapists seek information on whether his/her basic physiological, safety, security, and love and affection needs are met. This is done as Maslow suggested that an individual cannot move to the next stage, if the needs of the previous stage have not been realized and this, in turn, would enable and empower the client to achieve the lower level needs first. Next, as in all therapies, in-depth knowledge regarding the client’s difficulties, achievements, and family relations would be gained. This is done to bring to the client’s awareness that he is worthwhile, responsible, and capable of solving his/ her problems. The motive behind doing the same is for the client to develop trust and faith in himself/herself that he/she has lost at the present moment. The goals of the therapy are taken from the client and not from the therapist, a technique of humanistic therapy that gives the client major control over his/her life. Additionally, to aid the client in developing greater self-esteem, the client, in my opinion, should be encouraged to take part in activities that he/she has an interest in; for eg: dancing, painting, sketching, etc, to make him or aware of his likes/dislikes; which one often forgets when troubled.

This would also make him feel productive, a major goal as well as a benefit of Humanistic approaches therapy. Moreover, since humanistic therapy focuses on meeting the needs, the client would be motivated to participate in altruistic activities, form relationships, and indulge in spirituality, which are all means of attaining good self-esteem. In this process, the client can truly explore himself and even find the ‘purpose’ of his/her life. Another advantage of using humanistic therapy with a client with low self-esteem is that when he/she would experience a change in life, he/she would tend to feel anxious and even confused. However, to overcome such feelings, the client would be comforted by receiving the therapist’s warm presence. This essentially allows the client to deal with issues that are challenging and disturbing.

In conclusion, Humanistic Therapy forms the starting point for all other forms of therapies such as Cognitive Behavioural Therapy, Rational Emotive Behavioural Therapy, Expressive Arts Therapy, and Dance and Movement Therapy and has benefits that an individual wishes for i.e. being heard and accepted for who one really is. These conditions aid and foster an individual in leading a fulfilling and content life. The ideas behind Humanism and Humanistic therapy will definitely go a long way and will even become the basis of new emerging psychotherapies.

You may seek consultation with best Clinical Psychologist for Online Counselling at the best Online Consultation platform in India, for boosting self-confidence and overcoming anxiety and depression.