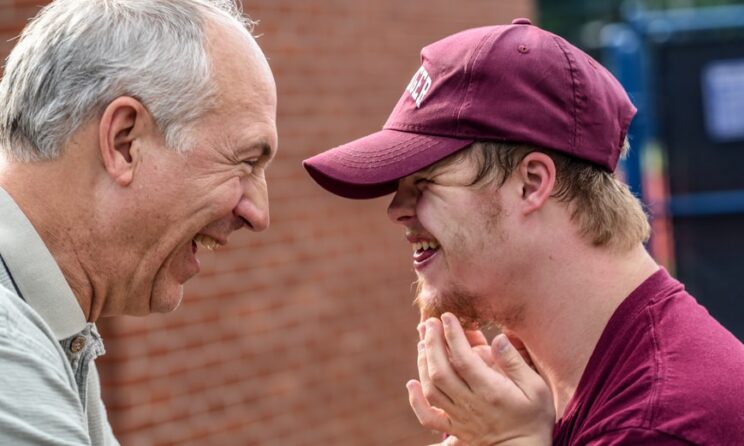 Rights, opportunities, and equal treatment are honoured when they are demanded. But what about those who cannot express their needs, or walk on streets to protest?

Autistic people are one of these groups who might not be receiving the rights they deserve simply because they can’t ask for it upfront. Spreading awareness on the topic is one step forward. By not Allowing them any less than the rest of the society, an implicit barrier and segregation is created.

Let us see a few areas and current issues on autism that call for our attention & can be helpful to understand those on the spectrum.

They are often taken to hospitals that treat mental illnesses

Around 20,000 people with autism or a learning disability have been taken to mental hospitals and treated in that environment far away from their homes. Noise and too much stimulation rather than a structured and predictable environment ignites their troubling features. The problem is that our homes are not facilitated for their difficulties the way physical disabilities are making it harder for them to fit in. Proper education on the topic and expert training centers built to suit their brain-wiring, are an actively recognized need of society for autistic children and their families to provide an adequate living.

There are women who were diagnosed in their 70s, who had known there was something different about them for 60 years. They described the decades-long struggle to fit in as a trauma that even caused mental collapses, sometimes to the point of suicide.

Others had wasted decades without diagnosis, they were prescribed unnecessary D and forced to remain in mental health wards while experts failed to diagnose their condition – or refused to listen to their self-diagnosis because, the experts insisted, the woman did not “look” or “act” autistic. Judging these different beings with the same yardstick made them miss out on their deserved opportunity for a proper treatment. Those who were lucky to get a diagnosis often referred to it as ‘re-birth’. However, if given the opportunities earlier, their lives would have taken a drastically different course. Training and professional attention could have been life-changing for them.

There are traits associated with autism that make them super lovable!

A mother stated ‘He is bright, curious, passionate and sensitive. His unusual and erudite use of language has delighted us since he was a toddler’. (Reference from the guardian magazine.)

Another daughter was referred to as ‘“(having) a big heart and bringing joy to all who know her”, by her mother.

“Joshua loves playing outside, blowing bubbles and feeding the animals and birds,” says his mother. “He insisted that we get a bird feeder because he wanted to make sure the birds had their breakfast, lunch and dinner every day. I don’t really know where this autism journey will lead us, but I certainly love my tour guide. What I admire most about Joshua is his ability to see the good in everyone and everything, and that he always tries his best.”

Other positives about autism may also include being passionate readers, deeply hooked to nature noticing aspects others might miss out, and that they are blunt in the expression of their ideas making them unfearful.

Social communication skills make a huge difference in all our lives. They improve our chances of being able to explain our needs, build stronger relationships and find employment: all things that autistic people can find a bit challenging. Any kind of communication that does not fit the ‘normal ways’ is highly expected to be misunderstood. Tapping your fingers when irritated instead of wording it out might be perceived rude or misbehaving. Conveying their feelings is the biggest challenge they might be facing.

Neurodiversity – the idea that differences in our brains should be celebrated – has become better known. These people deserve equality, respect and full social inclusion. Autism isn’t just a medical diagnosis, it is part of their identities, and when autistic people ask you to go the extra mile in learning about and understanding how they think differently, they’re not asking for anything they haven’t done for ‘allistic’ people (not affected by autism) all their lives.

We need to start making space for neurodivergent people at school, at work, in life generally. Autistic people bring a whole new set of skills with them. It is time society learnt to embrace their beautiful differences rather than requiring them to hide it away. After all, without the beauty of diversity, the world would be a rather dull planet isn’t it?